OPEN TO THE WORLD

France has a long tradition in training and hosting mathematicians from all around the world. Currently, amongst the 400 PhDs in mathematics awarded every year in France, around 55% of the recipients are from abroad and 50% will later find a position outside France. Numerous programs and networks at all levels (pre-doctoral, doctoral, post-doctoral) have been created in the last years to fund fellowships for foreign students.

French research agencies and the French Ministry of Foreign Affairs support a large number of international programs. A particular role is played by CIMPA (International Centre for Pure and Applied Mathematics), a non-profit international organization established in France, which promotes international cooperation in mathematics towards developing countries. Over the past few years, CNRS has launched a dozen international math laboratories all around the world.

Many mathematicians from all over the world have already had the opportunity to experience a visit to the CIRM in Luminy or the Institut Henri Poincaré in Paris, where workshops and thematic programs are organized on a regular basis. Since the days of the 1900 ICM in Paris, when Hilbert announced his famous list of unsolved problems, France has become one of the most popular destinations in the world for organizing international conferences and workshops, with several hundred events every year, distributed all over the country. 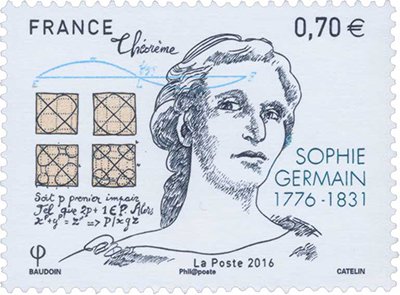