Organizing the ICM in Paris  will provide a unique opportunity to generate activities and events intended for the general public, with the triple aim of attracting more students in mathematical studies, of enhancing the French mathematical heritage, and of disseminating the most recent outcomes of mathematical research.

Many large and successful events for the general  public have been organised in France in the last couple of decades. After the global initiative 2000,  a mathematical year, three large scale conferences entitled Mathématiques à venir were successively organized in the 2000s. Open to the general public, the media and decision makers, they gathered several hundred participants and were widely reported in the media. In addition, updated versions of the international exhibition Experiencing mathematics have been circulating throughout France, reaching a large number of students. The Mathematics of Planet Earth initiative, officially launched in March 2013 at the Unesco headquarters, led many French mathematicians to write short accessible blog posts on what  became Brèves de maths.

Raising Public Awareness (RPA) activities in mathematics are supported by the CNRS through Around Awareness in Mathematics (AuDiMath),  a network which brings together mathematicians involved in those activities and RPA specialists from mathematical research institutes as well.

In the framework of the Bid of Paris to organize the ICM 2022 congress in Paris, a group of experts in outreach activities have prepared a very rich website which aims at referencing all that has been done in the area of popularization of mathematics in France or in French language. More than 1300 items collect information about books, magazines, comics, exhibitions, movies and videos, conferences, radio or television broadcasts, or internet blogs and sites.

All this has been completed with some articles about the different activities tackled in the website.

The website has been created with the aim to be a live archive, which will include future activities.

Born in 1946, Jean Brette was for many years the director of the Mathematics Deaprtment of the Palais de la découverte and until his retirement in 2004. He started working at the Palais when he was only 18 years old, as person in charge of the Electrostacs room of the museum. Later he devoted himself to support and animate the Mathematics Room, through permanent displays and temporary exhibitions on mathematics, computer science and automation, as well as with activities carried out with the public of the Palais.

When in 1966 IBM lent the first machine to be named "computer" to the Palais, this was installed in the center of the Mathematics Room and it was probably the only place in Europe, and perhaps in the world, where visitors could see a computer running and get explanations. In 1971, Jean Brette installed a new computer on the Balcony of Mathematics, an IBM 1130 equipped with one of the first graphic consoles. In 1973, he created the Salle d'Automatique, which was a kind of applied mathematics room where logical operations were presented.

Among many other activities, in 1986 Jean Brette created the "Mathematiciens en herbe" discovery workshops for the young high school students. Their goal was to put the students in a situation as close as possible to that of a mathematician: observation, conjectures, discussion, proofs, etc. He also organized a large number of scientfic talks and debates about the beauty and the usefulness of mathematics. He was one of the greatest passeurs of knowledge and Science in France. 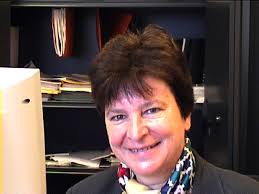 Apart from her normal research activities in Mathematics, in the field of Probability, she has had a very important activity concerning activities towards the general public in France. She has been in charge of this kind of activity at the Société Mathématique de France from 1995 to 1999. She has been publicity officer of EMS, coordinator of the « Diderot Mathematical Forum » and of the European project,« Raising Public Awareness in Mathematics » for the European Week of Science and technology, in 2000. This entailed preparing an exhibition showing 12 posters. From 1995 to 2000 she was vice-President of the « World Mathematical Year 2000 » French committee, during which a poster campaign in the Parisian subway was organized, on top of the organization of a competition for the best article concerning public awareness in Mathematics in France. Concerning the WMY2000, she was also the president of the IMU/UNESCO ad-hoc committee.

Math Popularization activities :
2001: The itinerant exhibition « Experiencing mathematics. In charge of realizing it. This exhibition was realized by the Centre Sciences and Mireille C-M coordinated this activity with UNESCO and Centre Sciences.
2004 : Exhibition « Pourquoi les Maths ?» in Paris, in partnership with the City of Paris.
2012 : Mathématiques de la Planète Terre 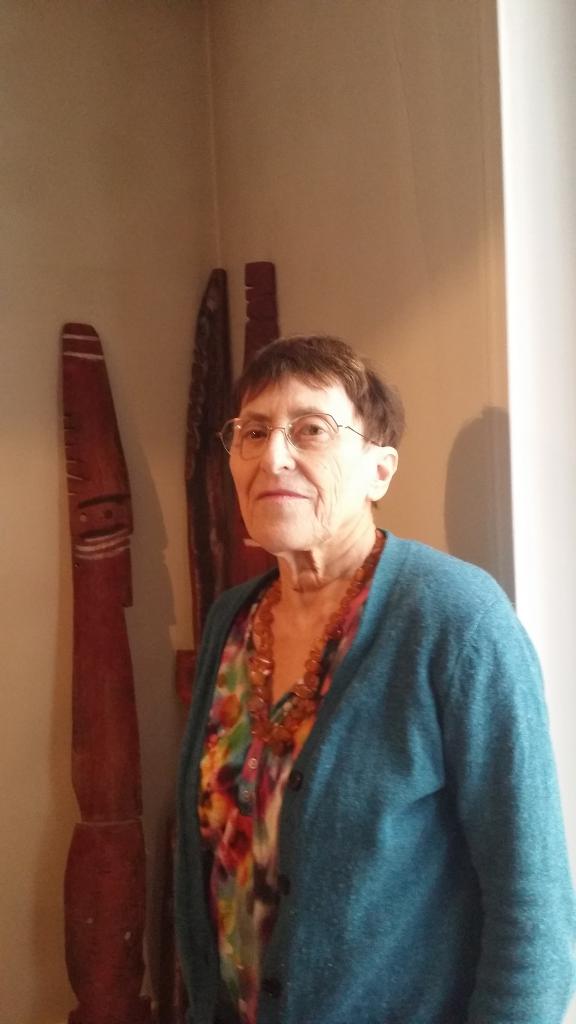 Born in November 1947, Michèle Chouchan taught mathematics for a long time and simultaneously started writing and audio journalism (educational systems, French and foreign, science and society, socio-cultural developments). His radio broadcasts in France Culture (Radio France) on Mathematics and mathematicians, and notably on Nicolas Bourbaki, received the D'Alembert prize of the French Mathematical Society in 1990. While she was responsible for scientific programs in this radio, it organized and facilitated numerous broadcasts aimed at all audiences, and aiming at the sharing of knowledge. Later she was the communications director of an organization that combined research and industry. She has published a number of books on the relations between science and society, particularly on industrial, environmental and health risks. 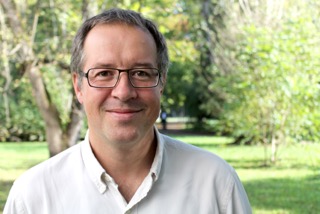 Stéphane Cordier was born in 1970 in Normandy. After a PhD at the École Normale Supérieure de Cachan and École polytechnique, he was Assistant Professor at the University Pierre et Marie Curie from 1994 to 2000. Since September 2000, he is Professor at the University of Orléans. He has been the head of several important research structures: director of the Fédération Denis Poisson, head of the Orléans Mathematics Department (MAPMO), head of the Regional Cluster of Scientific Computing and Modeling of Orléans-Tours (CaSciMoDOT), director of a Pluridisciplinary Institute on "Modeling, Systems and Languages" and leader of several scientific projects related to hydrology and natural risks. For many years, he has also been extremely active inside SMAI (Société de Mathématiques appliquées et industrielles).

At the creation of AMIES, the French agency aiming at developing relationships between the mathematical community and business companies, in 2011, Stéphane joined the team to coordinate the two first Math job fairs (FEM), attracting more than thousand participants every time. In 2014, he becomed director of AMIES which, in 4 years, impulsed scientifiprojects with more than 100 small companies. 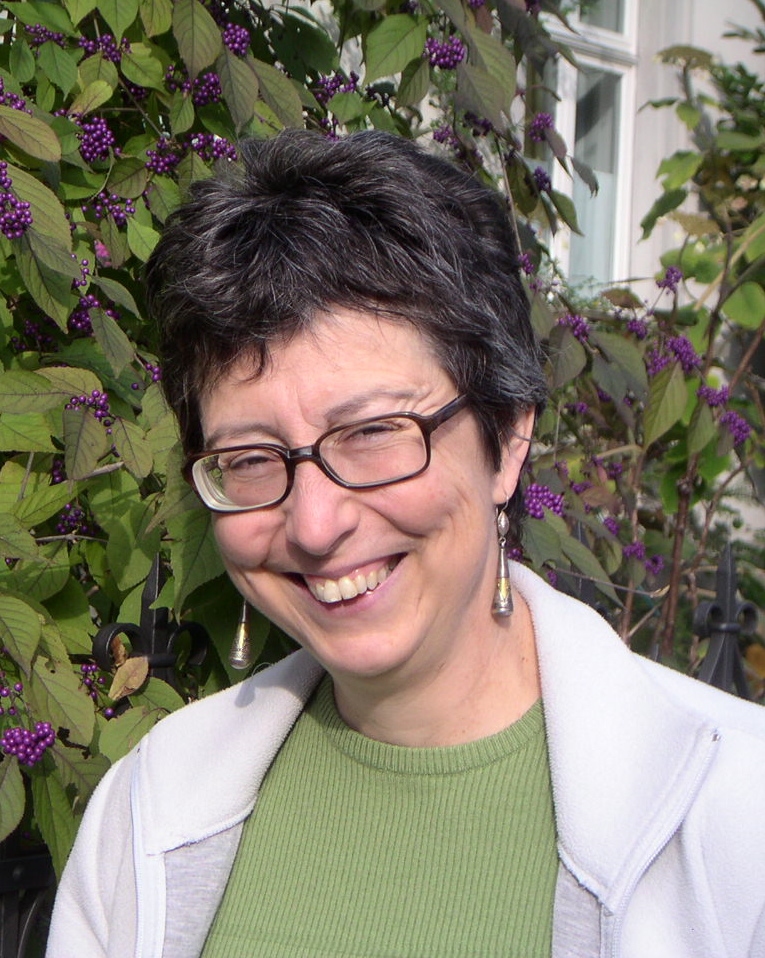 Born in 1956 in the Basque Country, Maria J. Esteban is senior researcher at CNRS and she works in nonlinear analysis and mathematical physics. The main source of the problems that she has worked in all over her career is Physics and sometimes also Chemistry. Mathematically she is a specialist in the study of variational problems for the resolution of nonlinear partial differential equations. Her main contributions are in the areas of mathematical (variational) methods in Relativistic Quantum Mechanics and in Quantum Chemistry, fluid-structure problems, the study of the qualitative properties of nonlinear elliptic and parabolic equations and of the extremizers of functional inequalities.

Apart from her research work, Maria J. Esteban is very involved in the mathematical community’s societal activities. Among other things, she has been chair of CEREMADE, the Applied Mathematics Department of the University Paris-Dauphine, President of SMAI (French Society of Applied and Industrial Mathematics), Chair of the Applied Mathematics Committee of the EMS (European Mathematical Society), Board Member of the European network EU-MATHS-IN, and she is currently the President of ICIAM (International Council for Industrial and Applied Mathematics). She is co-editor in chief of the Annales Inst.H. Poincaré (Analyse non linéaire). She was Plenary speaker in the ICMP 2003, Mary Cartwright lecturer in 2015, is member of Jakiunde, the Basque Academy of Sciences and Letters, and has an honorary degree by the University of the Basque Country. She is sectional invited speaker at ICM 2018. Currently she is member of the French adhering body of the International Mathematical Union, the C.N.F.M. 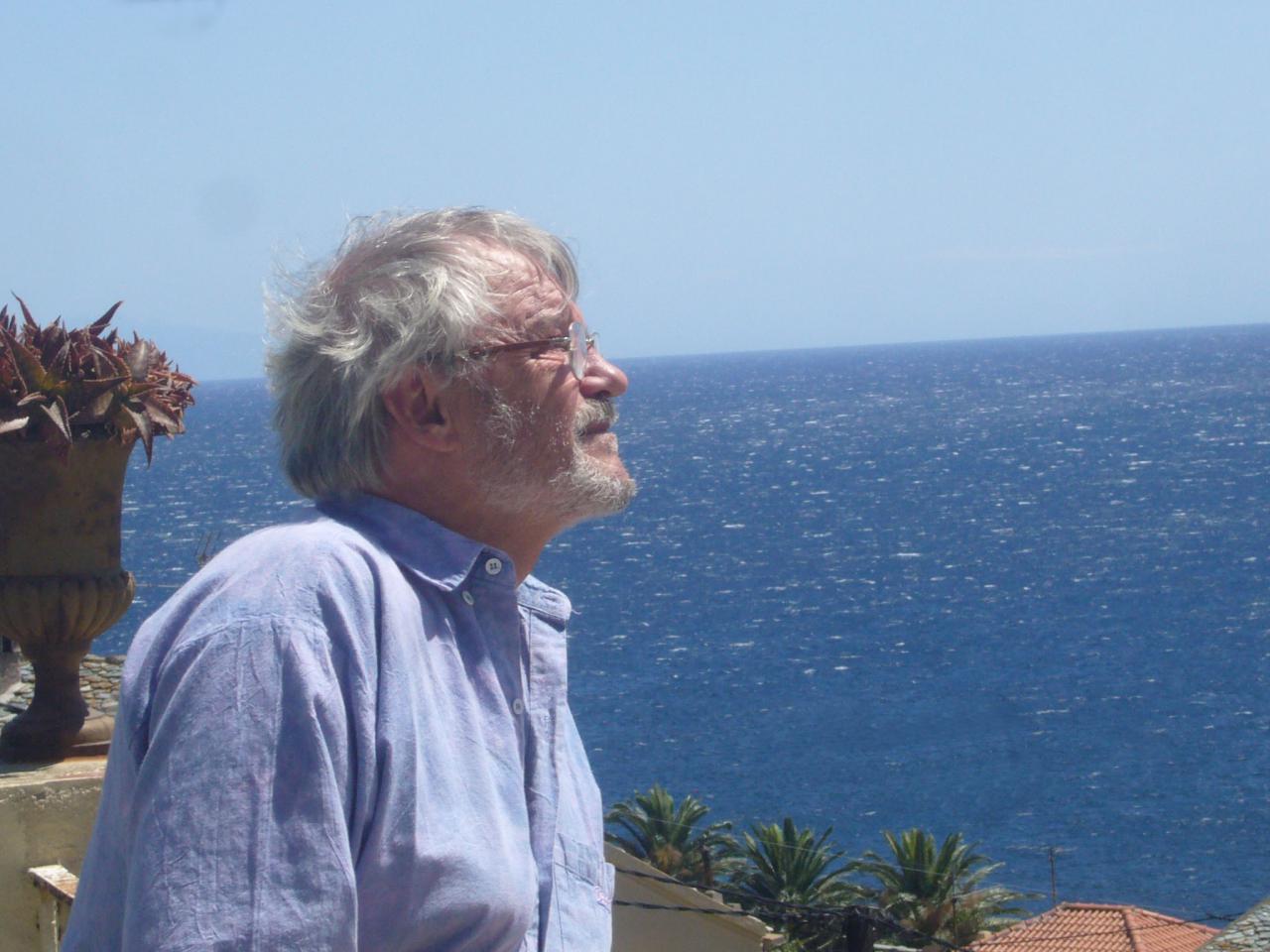 From 1976 to the present day: museologist and museographer of more than 40 interactive and international exhibitions of which, in mathematics:

Here are some examples of ACTIVITIES we intend to IMPLEMENT:

•    Launch a call for projects to all associations working in France with students and with the general public in the scientific areas. This will ensure a series of activities centered around mathematics and its applications takes place all over the year 2022 and all over France.
•    In collaboration with the FSMP, set up a collection of short videos ‘Mathematicians in Paris’, consisting of short interviews with mathematicians from all around the world who will share their own unique Paris experience.
•    In collaboration with the literary group OuLiPo, which has been closely linked to mathematics since its foundation in 1960 by Raymond Queneau and François Le Lionnais, we will publish a French-English bilingual book Mathematical itineraries in Paris. This will be complemented by a dedicated website and by a series of ‘mathematical walks’ tracking events of mathematical interest. Road maps will be made available in interactive digital format and signs will be posted for the participants.
•    Working with existing groups and institutions throughout the country, we will organize special mathematical exhibitions in the main science museums in Paris (Cité des Sciences and Palais de la Découverte).
•    Take advantage of the newly created Mathematical Museum (Maison des Mathématiques) at the Institut Henri Poincaré (to open in 2020) in order to organise many RPA activities during the whole of 2022.
•    Work with the Bridges association, so that the Bridges 2022 conference on Mathematics, Music, Art, Architecture, Culture will take place in Paris around the time of the ICM.
•    With the help of pre-existing networks we will create a comprehensive repository and catalog of past and current activities in France concerning RPA towards the young people and students - catalog of books, videos and movies, exhibitions, comics, etc., contributing to keep alive that rich history of activities in France. (Implemented in April 2018. See above chapter on FLORILEGE).
•    With the sponsorship of cities and transportation companies, organize an advertising campaign about mathematics all over France, in subway stations, train stations, airports, etc.
•    With the sponsorship of ‘La Poste’, publish stamps dedicated to the Paris ICM 2022.
•    Work with the media to ensure that during 2022 a significant number of articles, programs and debates will be dedicated to mathematics and its importance to society.

The following institutions have already expressed their interest in organizing public awareness events around the ICM 2022: 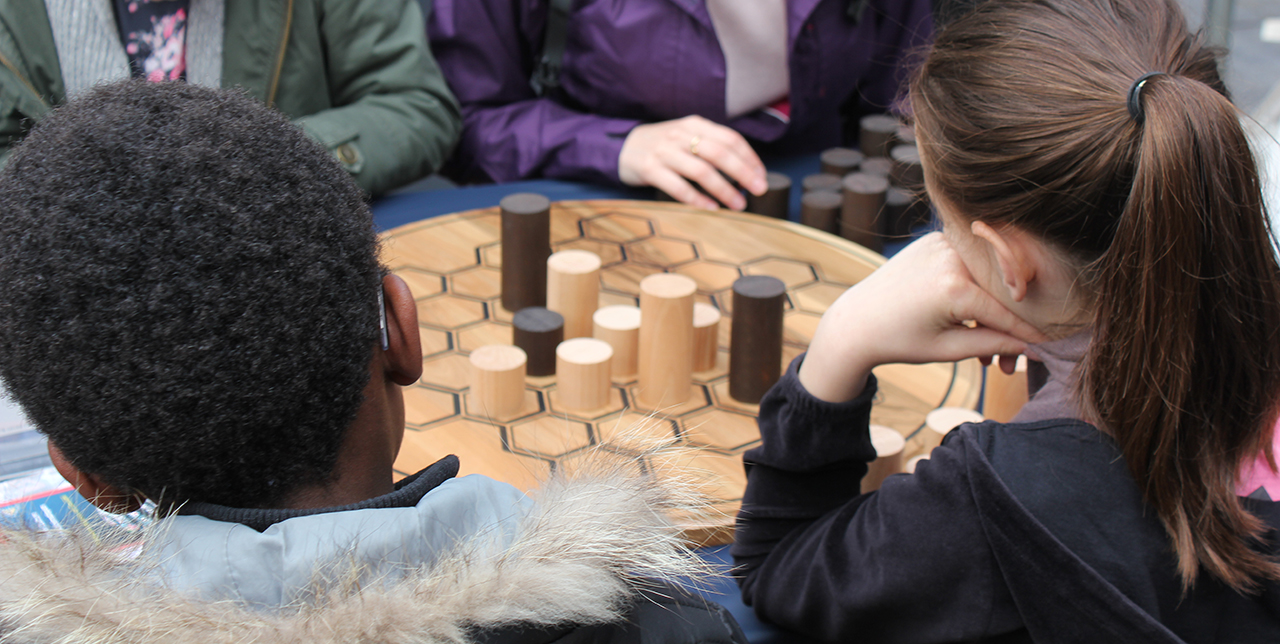